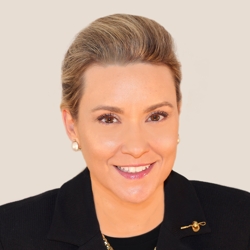 Cristina Dolan has been building and bringing to market software and internet businesses, products, and services for over two decades. Currently, she is Head of Content and Communications Products at TradingScreen. Cristina launched and organized the MIT student Create-A-Thon, “Dream it. Code it. Win it.,” to reward students for their creativity in computer science with $70,000 in prizes. Currently, she is serving on the MIT EF-NYC board and the MIT Alumni Association Selection Committee. Former roles include: President of the MIT Club of New York, MIT Enterprise Forum Global Board Director, Executive Director of the New York Venture Capital Association, Teaching Matters Director and NFTE mentor. She is an alumna of the MIT Media Lab and earned a Master of Computer Science Engineering and a Bachelors of Electrical engineering with a concentration in Computer Science and business.

Media Lab director Joi Ito is a leading thinker and writer on innovation, global technology policy, and the role of the Internet in transforming society in substantial and positive ways. Ito has served as both board chair and CEO of Creative Commons, and sits on the boards of Sony Corporation, Creative Commons, Knight Foundation, the John D. and Catherine T. MacArthur Foundation, The New York Times Company, Mozilla Foundation, WITNESS, and Global Voices. He was an early investor in more than 40 companies, including Flickr, Six Apart, Last.fm, Kongregate, Kickstarter,
and Twitter.

Mike Perlis is a media industry CEO with deep experience managing a wide range of content and multimedia brands.He joined Forbes in 2010 from SoftBank Capital, where he served as a General Partner for 10 years and continues to be special partner. Before joining SoftBank, he served as President and CEO of Ziff-Davis Publishing until its sale in 2000. Earlier in his career, Perlis served as Publisher of GQ, President of Playboy Publishing, President of TVSM, Publisher of Runner’s World and Men’s Health, and Chairman and CEO of IDG Peterborough.  Perlis currently serves on the boards of BuzzFeed, Mojiva, Spanfeller Media Group and YourTango.

Jeanne has more than 20 years of private equity experience
and has spent 28 years in the technology sector encompassing both extensive operating and investing experience with technology companies. Over the past 20 years as a founding principal of StarVest and previously with Olivetti Ventures, Ms. Sullivan has served on the boards of multiple private and two public companies and has extensive experience creating “go to market” plans for
expansion stage companies. Her expertise also includes strategy, an understanding of the technology landscape and industry trends. She was recently cited by Forbes magazine as one of the “Women Changing the World” in her role as an influencer grooming the next generation of female VCs.

Philippe Buhannic, CEO and co-founder of TradingScreen, is an industry pioneer. Buhannic has stayed on the forefront of global markets and financial technology for more than 30 years, in a career that has spanned executive management, technical, and marketing experience in international markets. Buhannic founded TradingScreen with Joseph Ahearn in 1999, working to connect global sell-side participants and leading regional brokers to a common environment. 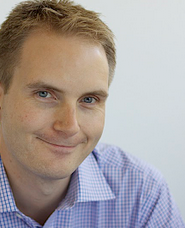 Erik joined the Google Ventures team in 2010 as an engineering partner. Along with his technical knowledge, he brings expertise in building top notch engineering teams and scaling complex systems. Erik studied computer science and engineering at MIT, where he did his graduate research at the Computer Science and Artificial Intelligence Laboratory on unique data extraction and disk forensics. Erik is an avid runner and an expert in television game show theory.

Alex Diaz is responsible for Yahoo!’s mobile product teams in NYC and London, overseeing a range of experiences including Yahoo! Screen and Yahoo! Finance. Previously, Alex was part of Google where he led product teams working on Local Search, Travel, Books, and Ads. 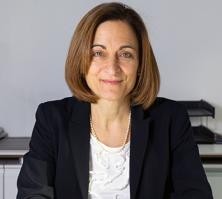 Teresa A. Dahlberg is Dean of the Albert Nerken School of Engineering and Chief Academic Officer of The Cooper Union. Teresa co-founded the STARS Computing Corps, A National Science Foundation (NSF) alliance for broadening participation in computing. As STARS Director, Teresa led creation of a service-learning program intended to strengthen the K-20 Science, Technology, Engineering, and Math (STEM) pipeline and oversaw adoption of the program by 50 colleges and universities nationwide. Teresa created other pipeline programs including Socially Relevant Computing Research for Undergraduates: Visualization, Virtual Environments, Gaming and Networking; Pathways from Community College to Graduate School; and PhD Fellowships for Computing Sciences. Teresa has a B.S. in Electrical Engineering and M.S. and Ph.D. in Computer Engineering. She spent ten years as a development engineer for IBM before joining academia.